*This post was written by Intern Sam (very different from Sam the Intern.) He’ll be dipping the pen once a week to keep you up to date on the important news stories of today*

Yesterday Lebron tweeted this out, which is so chock full of insane content that it deserved a full breakdown to fully understand.

Let’s break this down line by line.

Loving music isn’t that unique, Lebron, and it’s certainly not INSANE!!! Literally everyone likes music, so that’s my first bone to pick. You’re not special in that regard. I can’t go to 10 straight NBA championships but I can put my Airpod pros (subtle flex) in and listen to rap music like the best of the best.

This is hilarious. Way back in 2011 while the NBA was having a lockout, he and Kevin Durant made the great decision to record a song together. It’s horrible! I think my favorite line from Lebron is “Uh, it ain’t easy, on the path I’m on/Put the world on my back, cause I’m that strong”. Tough talk from a guy who does the same band workout as my 60 year old mother. 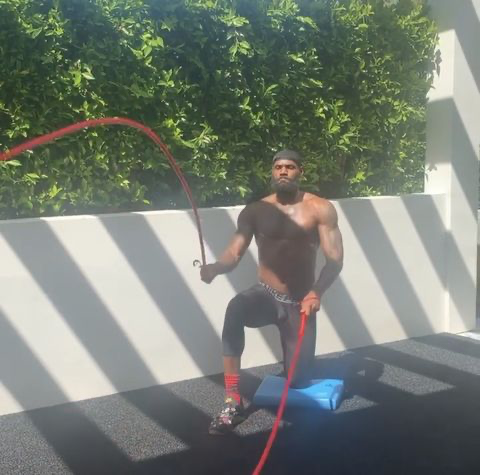 And now for the mother-load….

What loads are you thinking about buddy? For a guy who opened up a school promising to educate children, he sure is stupid. I just hope the teachers at IPromise had to pass a spelling test to get their jobs.

The final important factor to consider is that Lebron literally does not know the words to most songs. He often posts videos of himself on Instagram “rapping” along to popular songs but just moves his mouth randomly. It looks just like me at my 4th grade choir concert when I mouthed the word “watermelon” because it has a lot of syllables and made me look half competent. I was 9 back then, he’s a 37 year old celebrity.

All this being said, I still want this album to happen. It could be cool, I just don’t want Lebron to be in charge of it. He’s bad at spelling so I can’t imagine writing lyrics is his strong suit either.

Randy Orton vs. Soulja Boy: The Rivalry of the Century

Daft Punk is Out, Bobby Shmurda is In